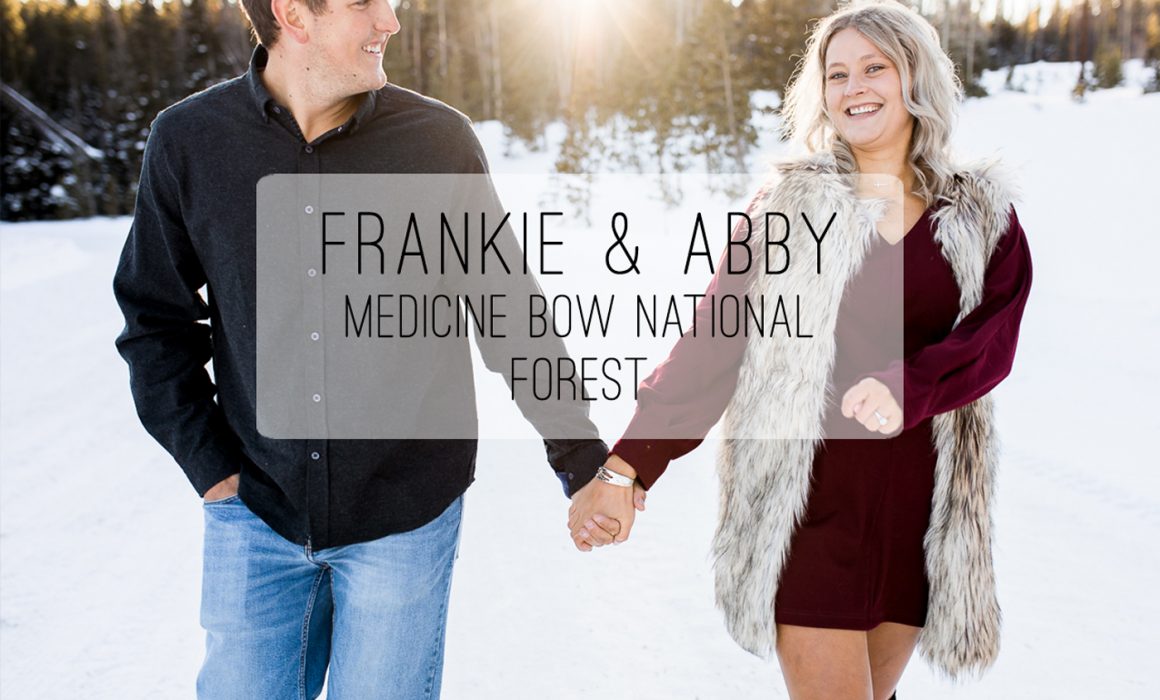 Memories are far more important than gifts. This is the motto that Frankie and Abby live their lives by.

Through thick and thin, they’ve always been there for each other. This decades-old love story began in an elementary school classroom in Powell, Wyoming where Frankie and Abby first met. Abby was not initially very impressed with “cool boy” Frankie, but the pair quickly became close friends. Through the years, they became “boyfriend and girlfriend” (ya know, the kind in middle school where you ignore each other in the hallway), shared their first kiss together, and endured an unforgettable Myspace breakup(!). They remained friends through high school, but inevitably grew apart when Frankie left for college.

Frankie continued his studies and Abby became a mother to her beautiful daughter, Lillian Grace. Life was going pretty great for them both. However, when Frankie returned to Powell during Winter Break, the two reconnected and instantly SPARKS  F L E W.  Abbie knew she wanted not only a partner to share her life with, but it was also important to her that she find a man worthy of helping her raise Lillian.  She found all of that and more with Frankie. Frankie quickly became a soul mate to Abby and father to Lillian, and they’ve lived life as a family ever since.

They knew early on that they valued experiences more than material objects. As often as they can, they lace up their hiking boots, hit the trails, sleep under the stars, and explore the natural world.

During their annual Christmas trip to Mexico, they awoke one morning to enjoy the golden sunrise. With a backdrop of vibrant rays, Frankie got down on one knee and asked Abby to be his wife. Through her shock, she said YES!

After hearing this sweet family’s story, I was so honored to be able to capture their love on camera. Frankie, Abby, Lillian, and I headed up to the extra-snowy Snowy Range Mountains to celebrate their engagement with a few frosty photos. The temperatures were cold, but Frankie and Abby were heating it UP! 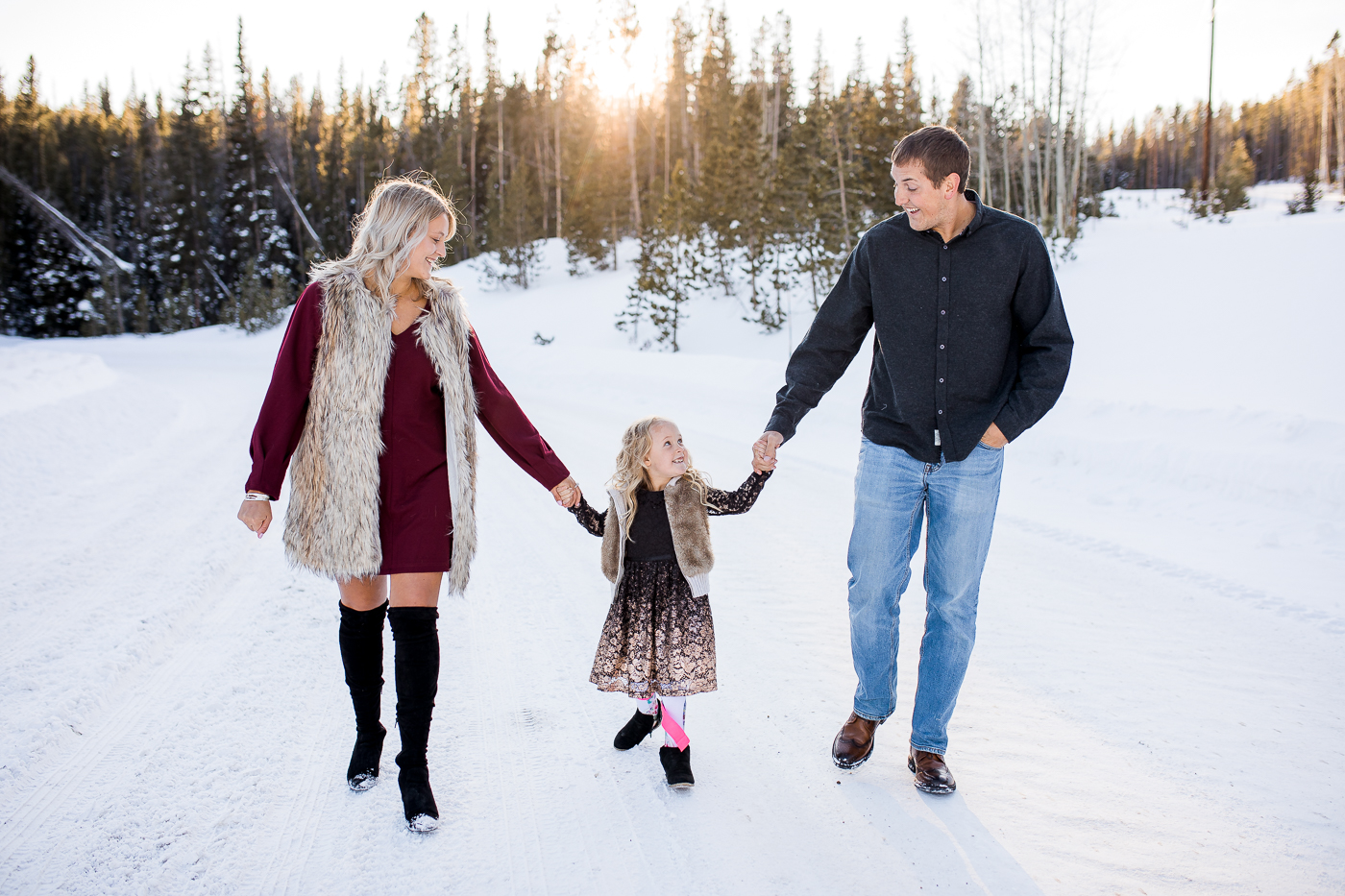 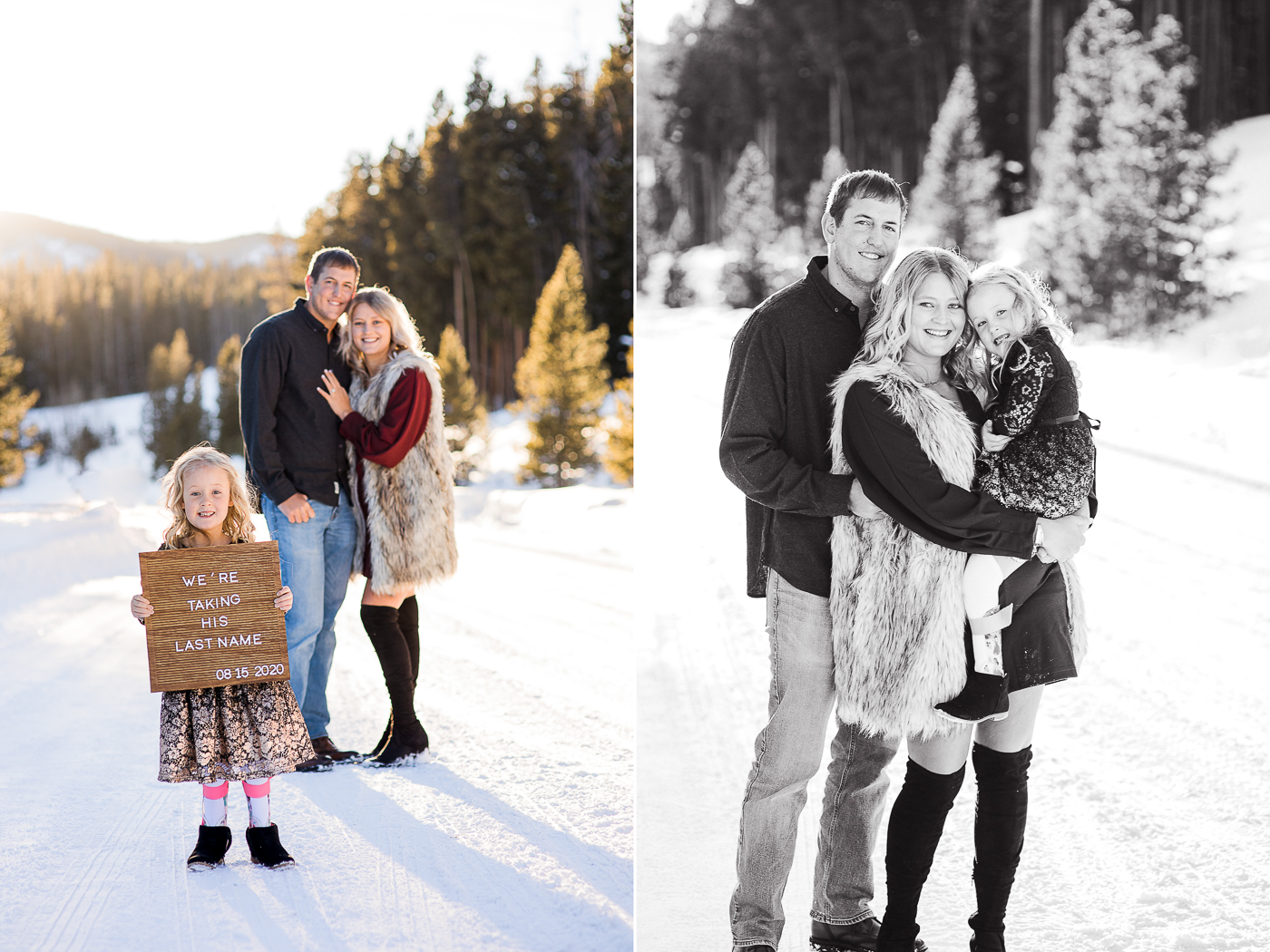 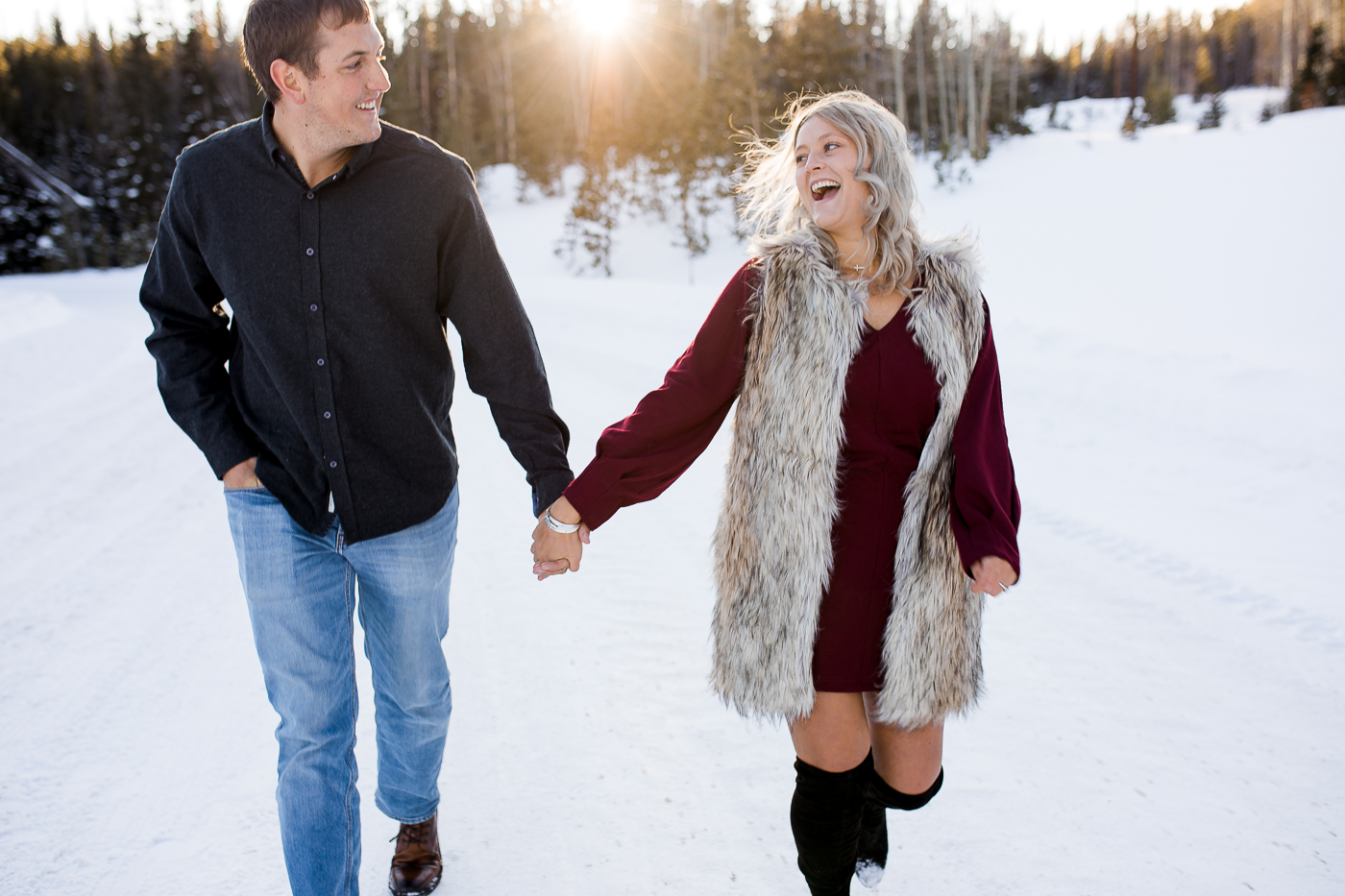 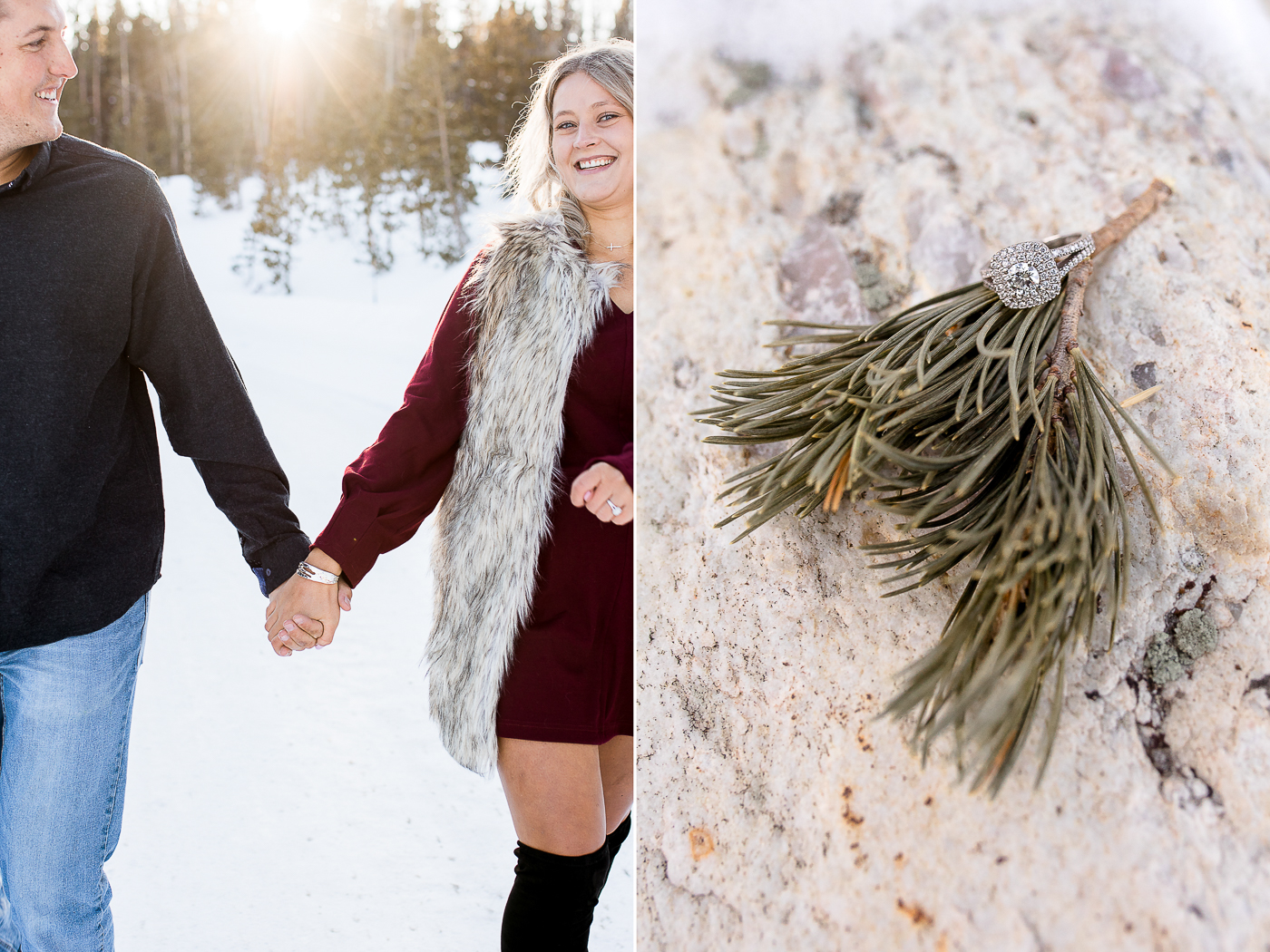 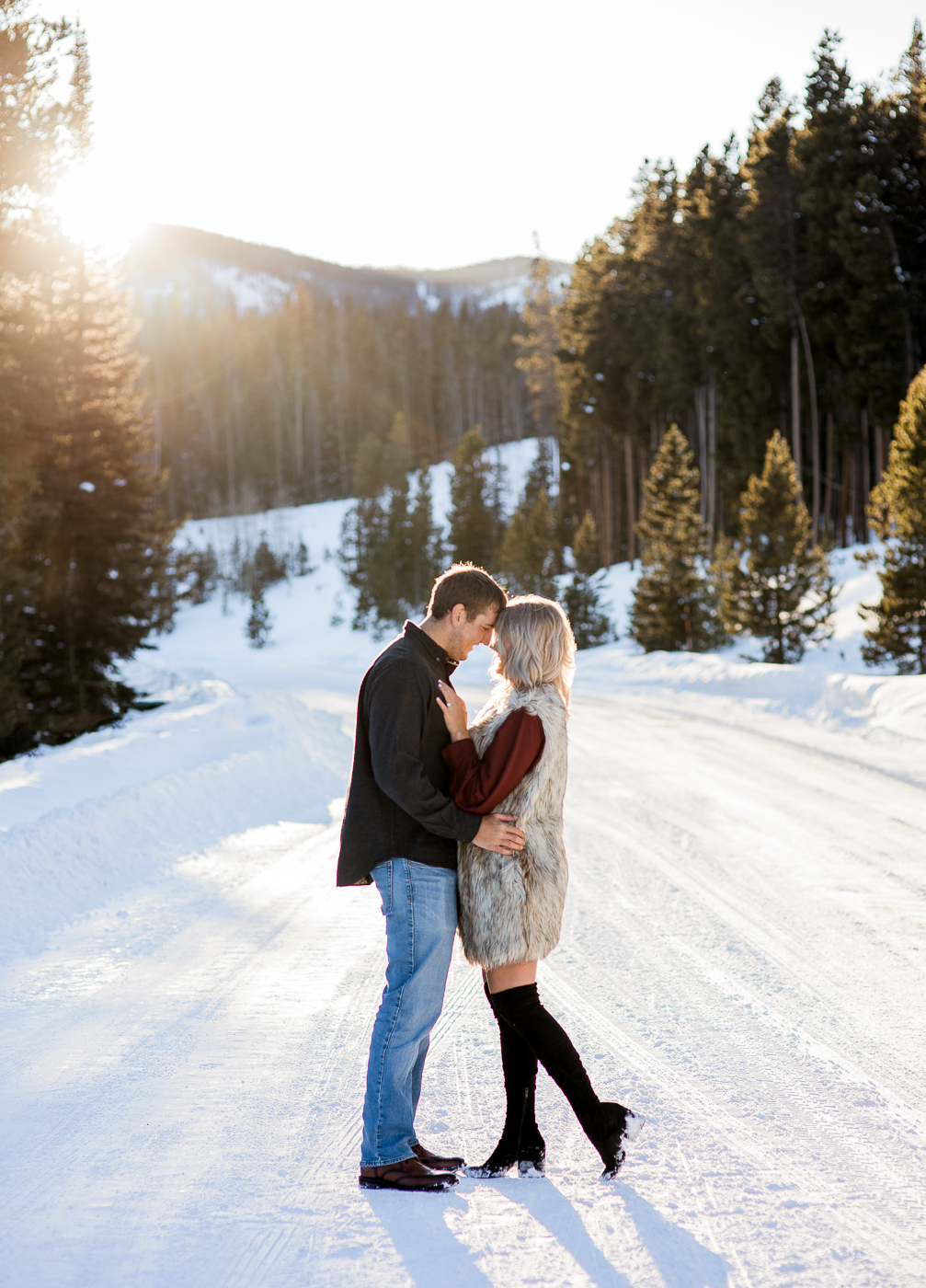 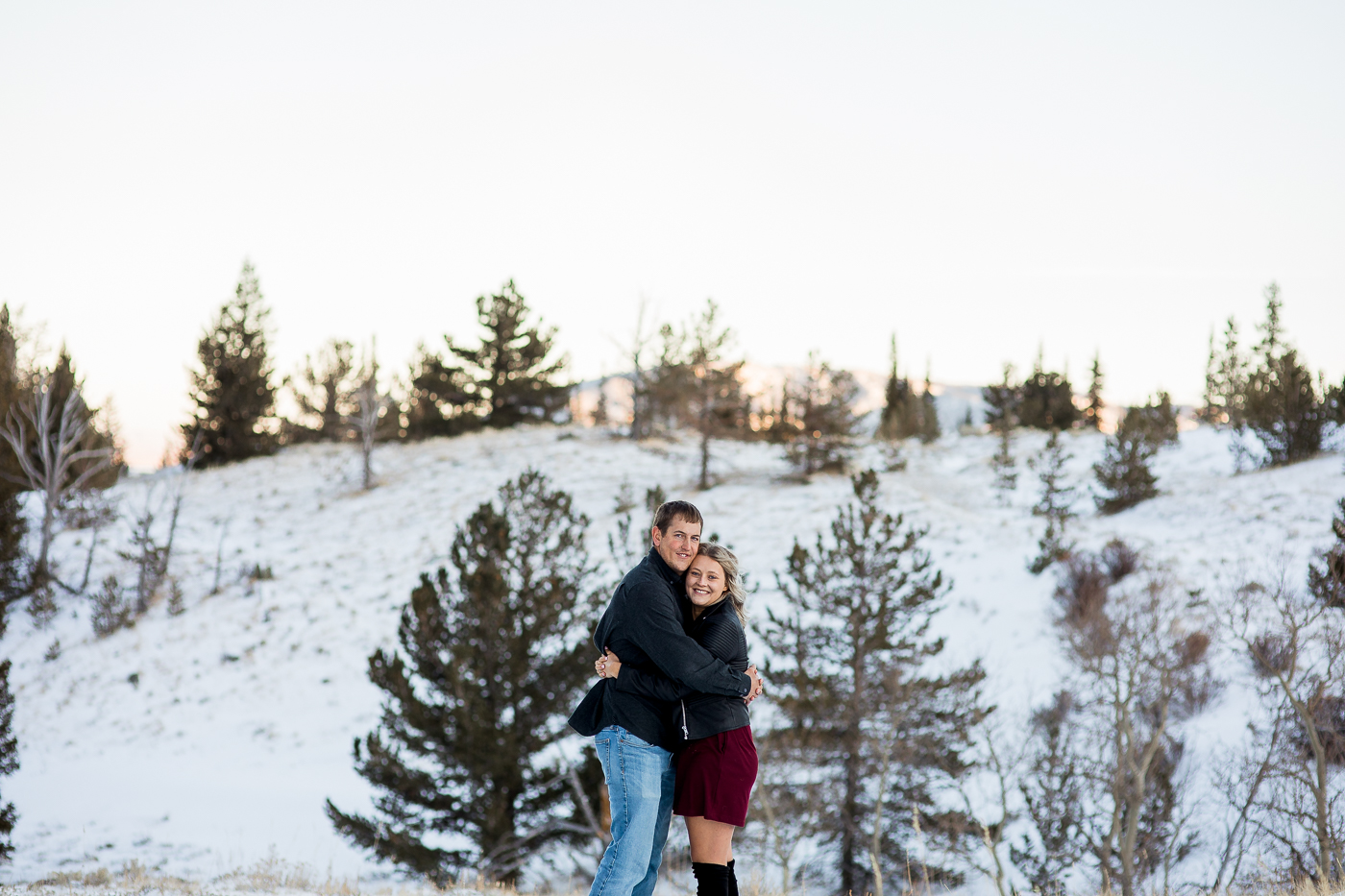 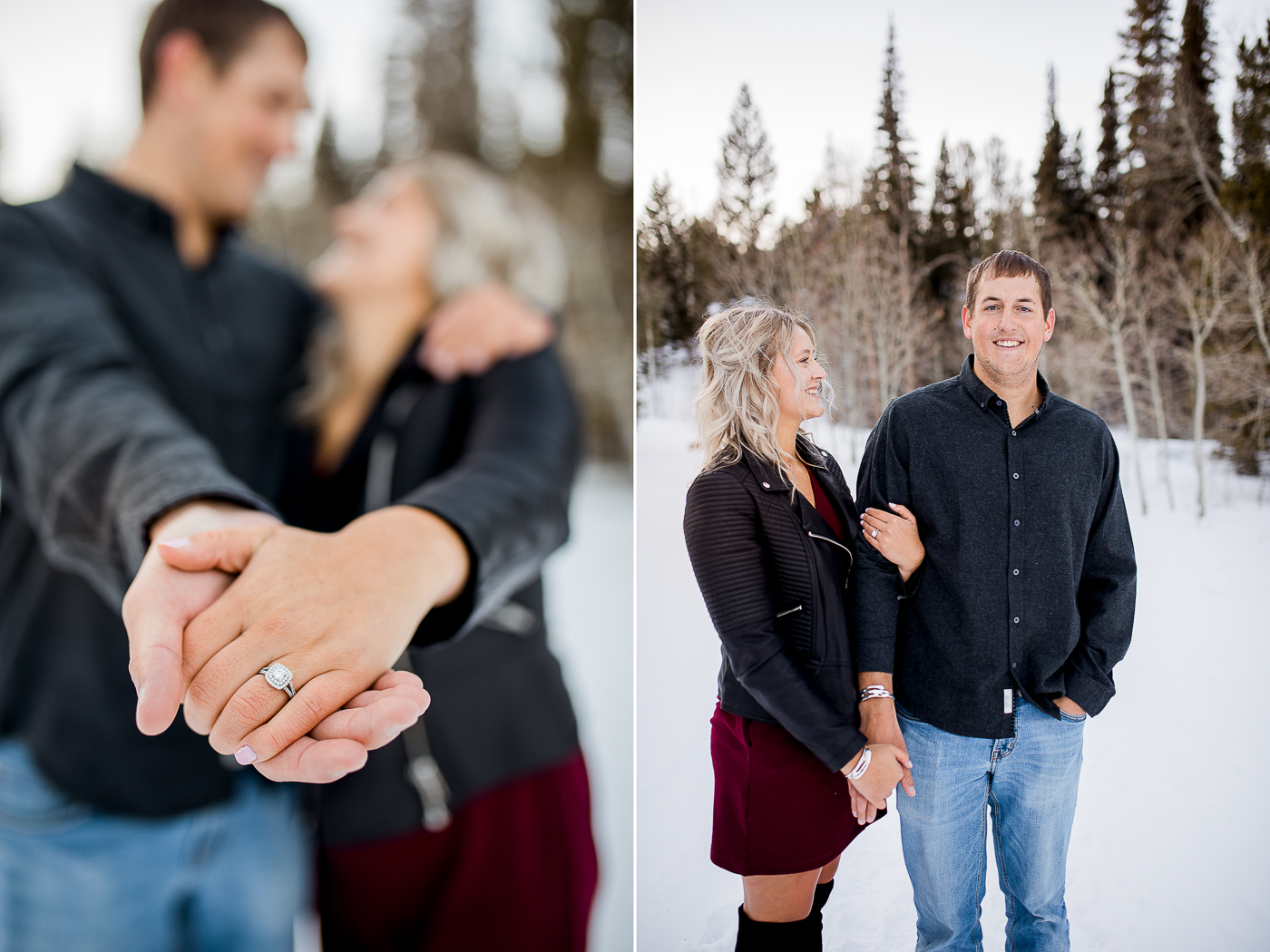 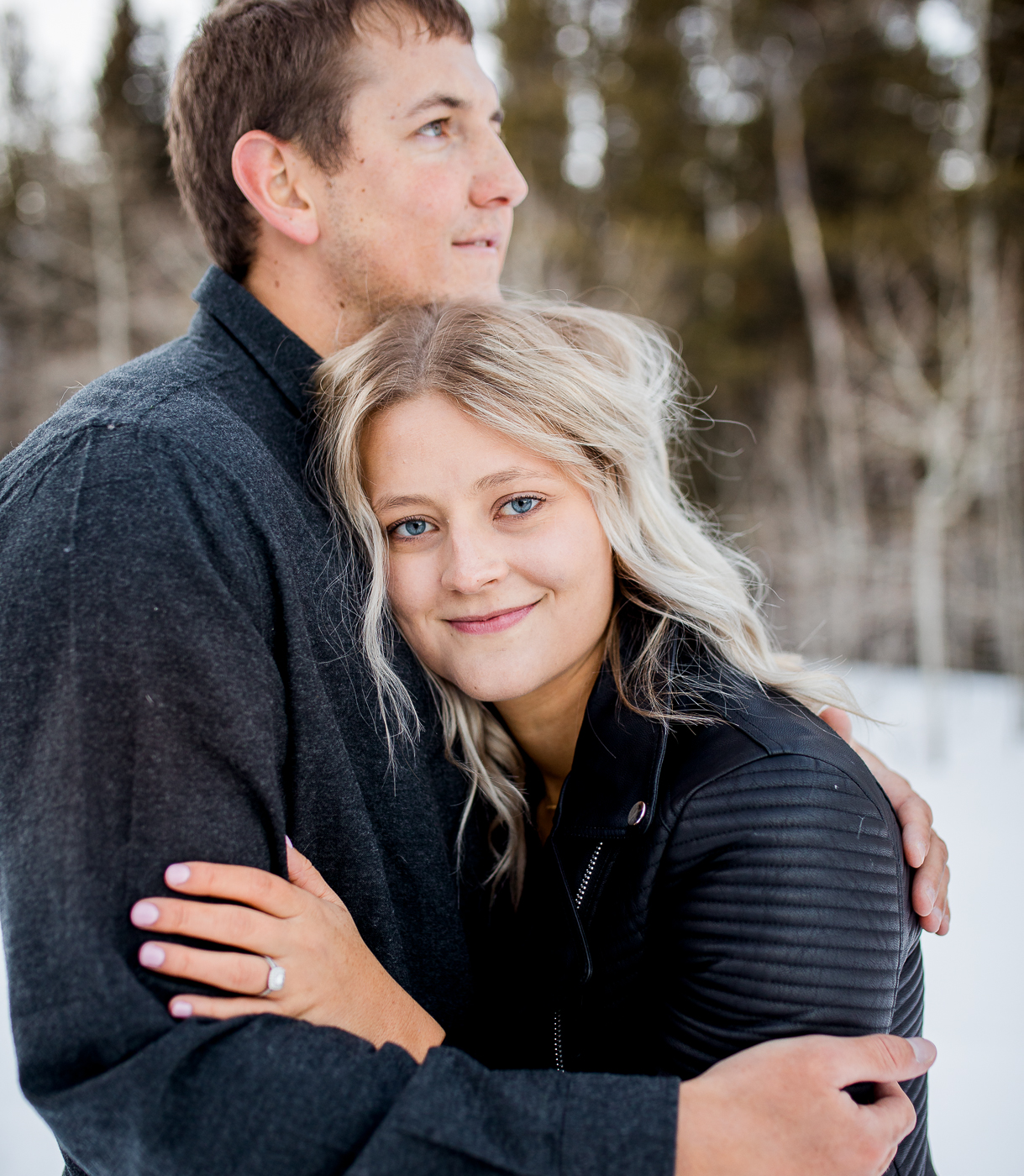 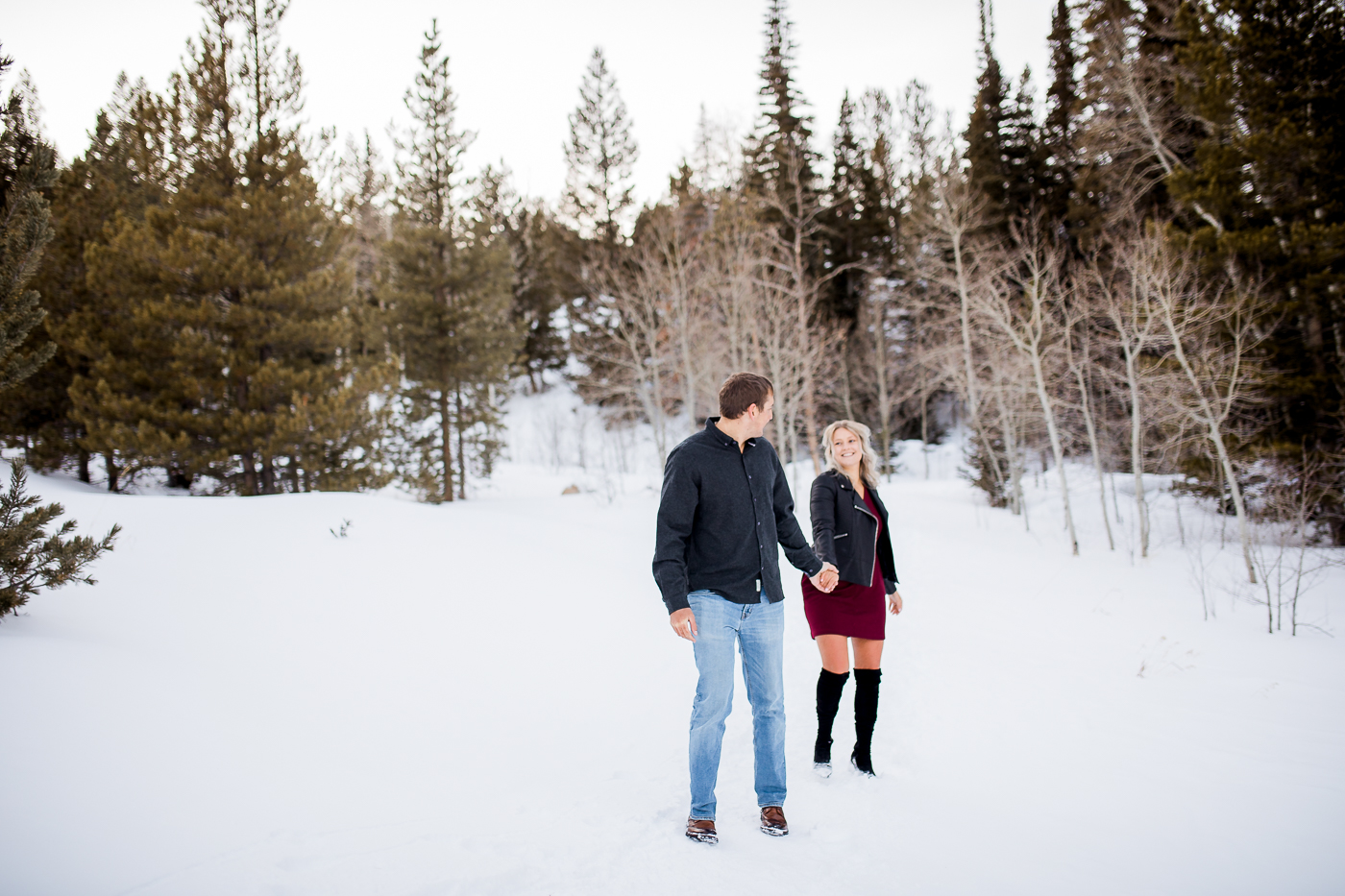